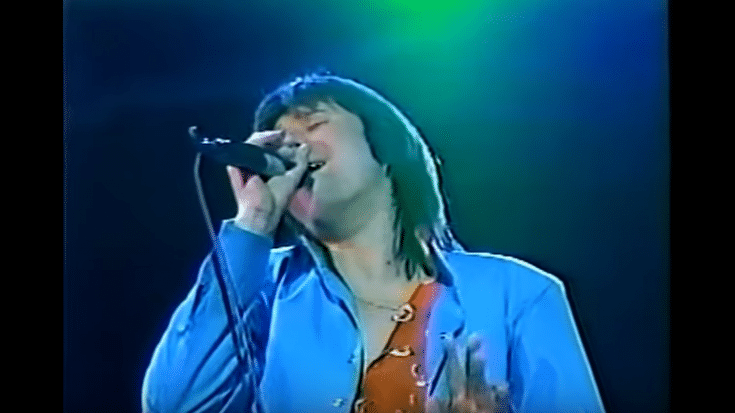 It’s no secret that Journey’s arena anthem ‘Don’t Stop Believing’ is one of the greatest songs written in the last 50 years, and for good reason; it’s a feel good anthem designed to get you on your feet and forget about whatever issues are currently plaguing you, and imbuing you with the power to overcome nearly anything. When Journey took the stage in Japan, they took that power with them and shared it with their fans through a powerhouse performance that definitely got their audience on their feet and dancing!

Former vocalist Steve Perry said of this song: “Everybody has emotional issues and problems, and the song has helped me personally to not give up, and I’m finding a lot of people feel that.”

Former frontman Steve Perry was a force to be reckoned with, swanning about the stage as he told the tale of the small town girl and the city boy, and his is a performance that makes us miss his presence in the band more than ever.