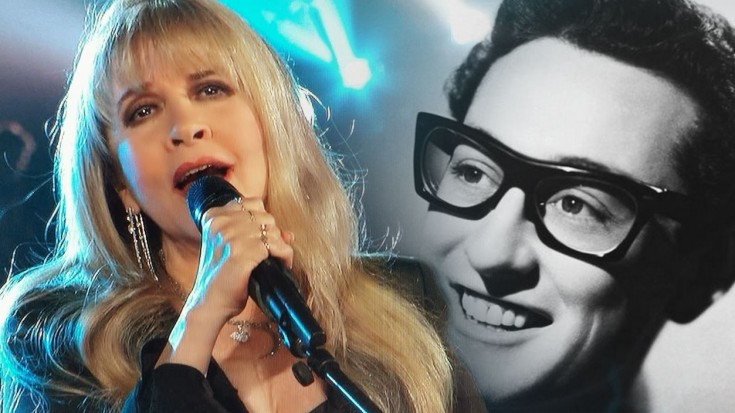 Now this is a cover even Buddy would have loved! Stevie Nicks took the stage in 2011 on what would have been Buddy Holly’s 75th birthday for a performance of his iconic ‘Not Fade Away’ – one of the many songs that got us up and dancing before the music died that fateful night in 1959. It was she who started the show, and her performance set the tone for the rest of the night! Stevie’s always got such fantastic energy onstage but this performance just seems extra special.

The show brought out a cross-generational, multi-genre array of rock and country stars to perform Holly songs – from Stevie Nicks and Graham Nash to Fall Out Boy – even Elvis Presley’s guitarist was there!

Like most musicians, she was influenced by Buddy Holly and fell in love with his music when she heard him on the radio, and to pay tribute to such an American icon must have been a tremendous honor for the Fleetwood Mac songstress!

+ Not Fade Away lyrics +