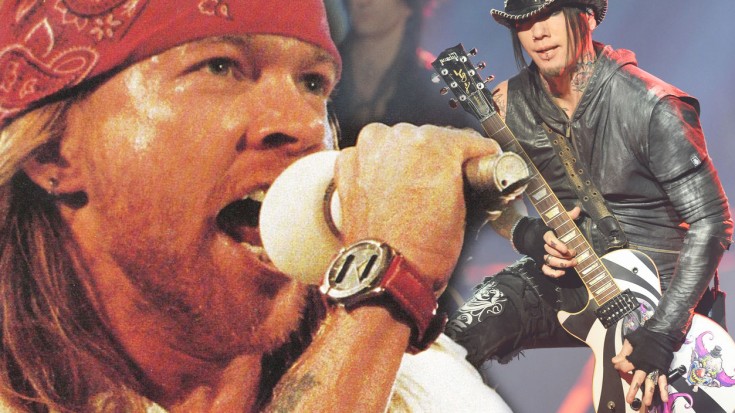 Another One Bites The Dust

Axl Rose has his hands full this week with the departure of Guns N’ Roses lead guitarist DJ Ashba, who announced his departure early this morning. He could also be losing Ron “Bumblefoot” Thal, who shared guitar duties with Ashba. This most recent upset in the Guns N’ Roses lineup begs the question:

What is going on inside Guns N’ Roses that causes Axl Rose to lose guitarists at such a rapid rate?

We’ve heard stories of Rose’s diva-sized attitude preventing the band from taking the stage on time, and most recently of the band being unable to get in contact with Rose to discuss future album and tour plans, but what is it exactly?

Is it the constant state of stagnation, or is it Rose’s massive ego that eventually drives the axe-wielders away?

Or, if you’re one of the few hopeful Guns N’ Roses fans left, could this most recent departure be an indication of something big – like a proper Guns N’ Roses reunion? (Fingers crossed!)

Regardless of the rhyme or reason behind Axl’s high guitarist turnover rate, it’s clear that there’s something serious going on behind the scenes in the Guns N’ Roses camp – and it has everything to do with Axl!