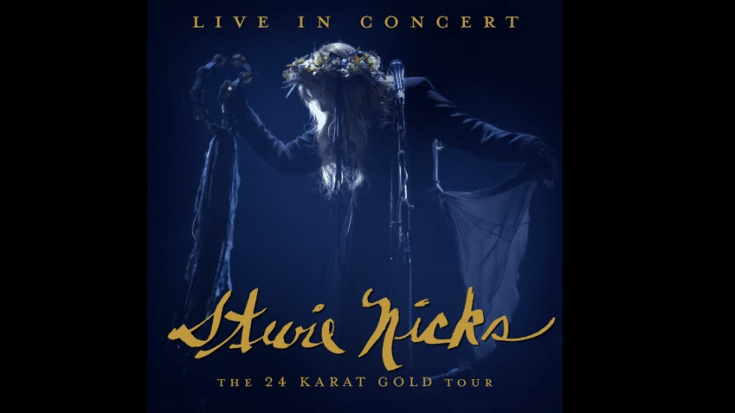 It Hits Theaters In October

Stevie Nicks is prepping a live album and special concert film. Produced and directed by Joe Thomas, Stevie Nicks ’24 Karat Gold the Concert’ will be screened at select cinemas, drive-ins, and exhibition spaces around the world for two nights only, on October 21 and October 25 via Trafalgar Releasing. Tickets will go on sale this September 23 at StevieNicksFilm.com.

The footage was recorded during Nicks’ 2017 shows in Pittsburgh and Indianapolis – all part of her “24 Karat Gold” Tour in support of her eighth solo studio album. The film includes intimate storytelling and features the songs she has written throughout her career as a solo artist and as a member of Fleetwood Mac such as “Rhiannon,” “Stop Draggin’ My Heart Around,” “Edge of Seventeen,” “Stand Back,” “Landslide,” and so much more.

The accompanying live album is available on vinyl, CD and streaming platforms. It will be released on October 30 via BMG.

Nicks said in a statement, “The 24 Karat Gold Tour was my all-time favorite tour. I not only got to sing my songs but I was able to tell their stories for the first time. I love having the opportunity to share this concert with my fans.”

She recently released a live performance of the classic cut “Gypsy” which you can check out below.