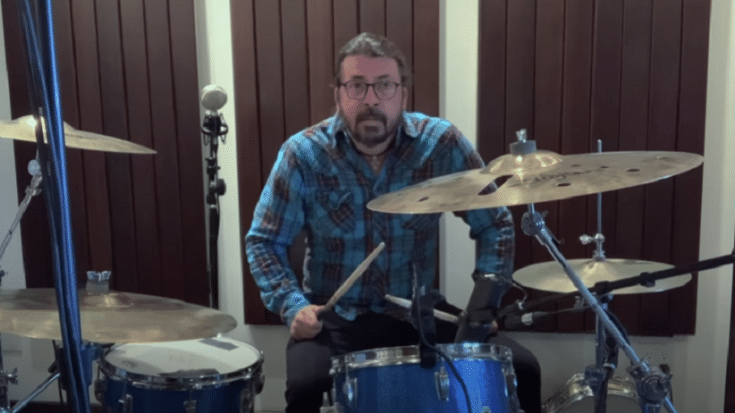 2020 has been full of bad news left and right but count on Dave Grohl and 10-year old drum prodigy Nandi Bushell to brighten up our day. For the past few weeks, they’ve been issuing musical challenges to each other and let’s just say, it’s the drum-off we never thought we needed.

This drum battle began in August 17 when Bushell posted her drum cover of Foo Fighters’ “Everlong” and challenged Grohl to a drum-off. Over a week later, Grohl responded and accepted the challenge. Then he asked her to take on Them Crooked Vultures’ “Dead End Friends”. And of course, Bushell didn’t back down. After which, Grohl admitted defeat during the first round.

More recently, the Foo Fighters frontman stepped up his game by writing a new superhero theme song for the viral sensation. With the help of The Grohlettes who provided the background vocals, Grohl wrote the new track “off the top of my head” instead of challenging Bushell to replay something familiar or popular.

In the video, which you can watch below, Grohl takes over the lead vocal duties and also plays the drums, bass, and guitar. His daughters Violet, Ophelia and Harper then sing along. Check it out.