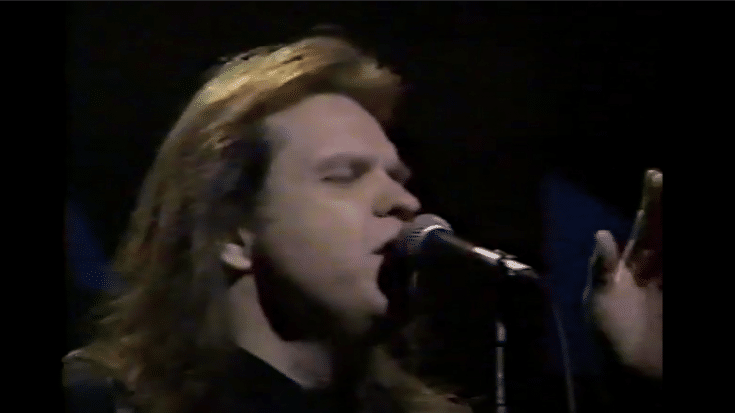 Meat Loaf appeared on The Late Show with David Letterman on March 1, 1994 and performed “Rock and Roll Dreams Come Through.”

Written by longtime collaborator Jim Steinman, the song first appeared on his 1981 album “Bad for Good”. Over a decade later, Meat Loaf recorded it and featured as the third single of “Bat Out of Hell II: Back into Hell.” The lyrics are about the healing power of rock ‘n roll and how the music’s there during trying times especially when someone’s feeling lonely.

Meat Loaf released a music video for “Rock and Roll Dreams Come Through”. Directed by Michael Bay, it features a young Angelina Jolie.

Speaking about Meat Loaf’s album “Bat Out of Hell II: Back into Hell”, Steinman told BBC: “I started writing what I felt was Bat Out of Hell part 2, definitely like The Godfather part 1 and part 2, that’s how I saw it. I wanted to do a continuation and I wanted to do an album that went even further and that was more extreme, if possible, which a lot of people felt wasn’t possible but I just wanted to see if I could make a record that was even more heroic because that’s what I thought of it … Bat Out of Hell to me was ultimately very heroic though it was funny … and I wanted to do one that to me would be even more heroic and more epic and a little more operatic and passionate.”

Check out Meat Loaf’s performance below.