Stevie Nicks and Billy Joel Teams Up For 2023 Tour 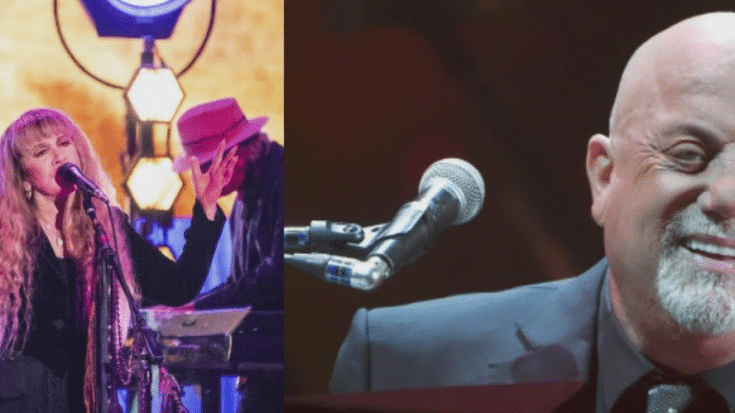 Stevie Nicks and Billy Joel will be teaming up and hitting the road next year, performing three joint concerts together.

In a statement coming from the Chairman of Live Nation’s southeast division, Wilson Howard, the one-night tour will eventually comprise “five to seven shows.” The first show is set to take place in Los Angeles on March 10. It will be then followed by Texas on April 8 and Nashville on May 19.

Nicks recently wrote on her Twitter account saying that she is “Excited to hit the road with the amazing [Billy Joel] in 2023.” In the meantime, Nicks still needs to finish up a series of fall tour dates.

Joel, on the other hand, is scheduled to continue his Madison Square Garden residency in New York City through the new year and all other shows in other cities. Neither of the two has expressed interest in retiring. In 2019, Joel said:

“I’ve become very comfortable with that concept of maybe you just don’t retire.

“Maybe it just keeps going because people want to keep seeing it. And it’s a great job. I have a great band. I play great venues. And I make great money. So what’s wrong with that?”

Nicks also firmly stated in 2017 that “I’ll never retire. Stand up straight, put on your heels and get out there and do stuff.”