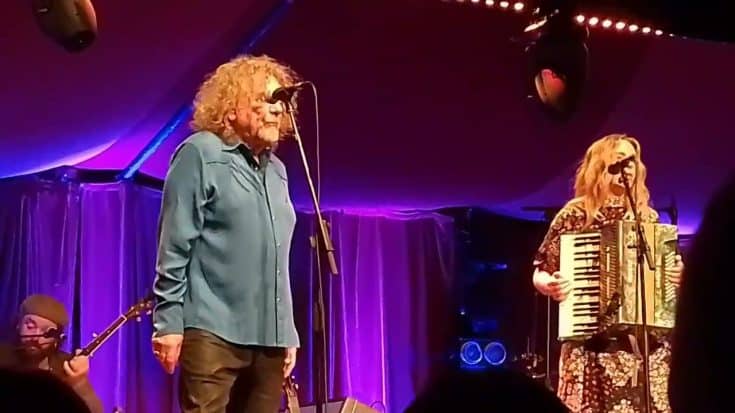 The Scottish musician and songwriter Donovan recently joined Robert Plant onstage to perform the “Season of the Witch” at the Wexford Spiegeltent Festival in Ireland.

“Season of the Witch” was produced in August 1966 under Donovan’s third studio album, Sunshine Superman. It appeared in almost Plant’s sets over the past two decades, making it even more remarkable this time as Donovan himself joined him.

Plant performed the song on Halloween night at his concert in Dublin wherein Donovan appeared, it was the first time Plant performed the classic song with its writer. Meanwhile, Donovan described his thoughts about the performance through a Facebook post. He said that it was “historic” and noted that the audience “exploded” when he and Plant appeared together. He also mentioned:

“It gave me a buzz to perform live again. … Shall we?”

The former Led Zeppelin singer who is now with his current band Saving Grace is finishing up his UK tour. Talking about the band’s relatively low profile, Plant commented:

“We are working a new process of fame and acquisition of wealth and treasure by not putting any records out, not selling any T-shirts, not doing a fucking thing, just keep playing.”