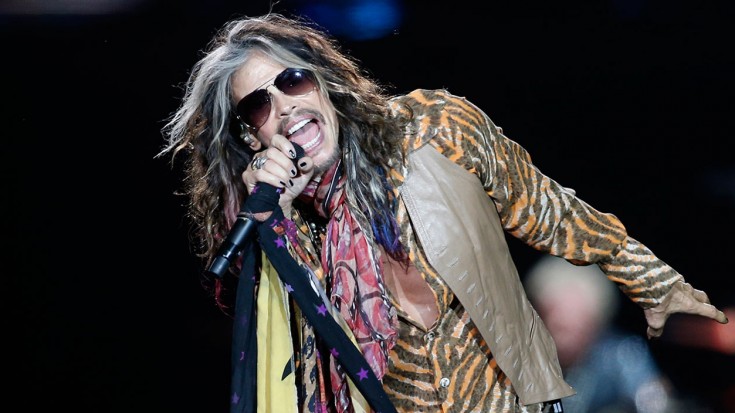 Steven Tyler got into  more detail of what his Out On A Limb solo tour will look like come this July 2. The show will story Tyler’s entire music career featuring old favorites, Aerosmith hits and songs from his new solo album We’re All Somebody From Somewhere, which he recently announced during a phone interview with Rolling Stone Country. The shows will also be hosted in smaller venues for a more intimate and personal interaction with the audience.

“The last time we did small venues was at the end of that first run of Aerosmith, about ’81, ’82, ’83,” he told Rolling Stone. “We started going down, the band started breaking up. . . [But] I always loved them. I prefer them. I like to look out and everybody’s close, as opposed to [a crowd of] 20,000 when there’s the barricade and they keep everybody back.”

Tyler also mentioned that in addition to the intimate atmosphere, he will tell stories about the songs he’s written and where he got his inspiration.

“What would I not pay to go see [Paul McCartney], but instead of playing with whoever he’s with now, actually do [a show] where he tells you what he was thinking when he wrote ‘Yesterday’?” Tyler told USA Today. “That’s what I’m doing. I figured I’d talk about ‘Sweet Emotion’ and ‘Dream On’ and where I was when I wrote it, and ‘Seasons of Wither’ and how I played it.”

Get a little more info on the new album and the tour in this video when he made the announcement on The Ellen Degeneres Show.