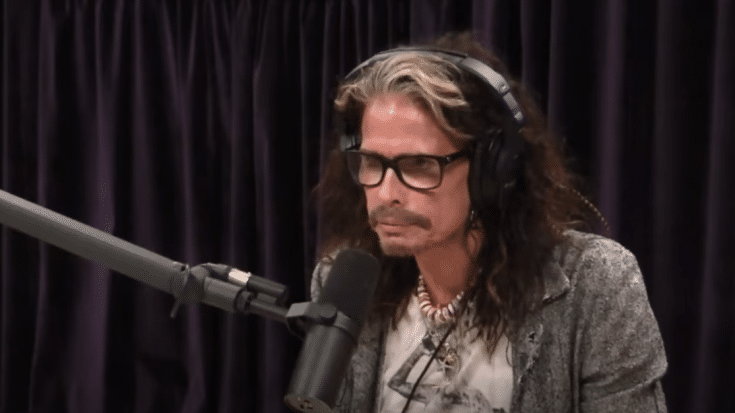 Aerosmith’s Steven Tyler is the coolest rockstar in the planet. Whether he’s belting out to those insanely high notes on stage or being his usual unapologetic self during interviews, he’s perhaps the realest legend you’ll ever see. He never holds back no matter what the question is.

And in this interesting podcast with Joe Rogan, Tyler talks about Aerosmith’s timeless music. They formed in 1970 but it wasn’t until 1973 when they released their debut album but it barely sounded like them. And according to Tyler, they found their sound with their second LP Get Your Wings. Their first album with producer Jack Douglas whom they worked with for their next four records, Douglas later recalled: “My attitude was: ‘What can I do to make them sound like themselves?'”

Tyler once commented that “On the second album, the songs found my voice.” And it was then that he “realized that it’s not about having a beautiful voice and hitting all the notes; it’s about attitude.”

However for guitarist Joe Perry, it “still didn’t capture the power of the band.” He knew that they “were better than the record we were making.”

Watch the rest of Rogan’s interview with Tyler below.