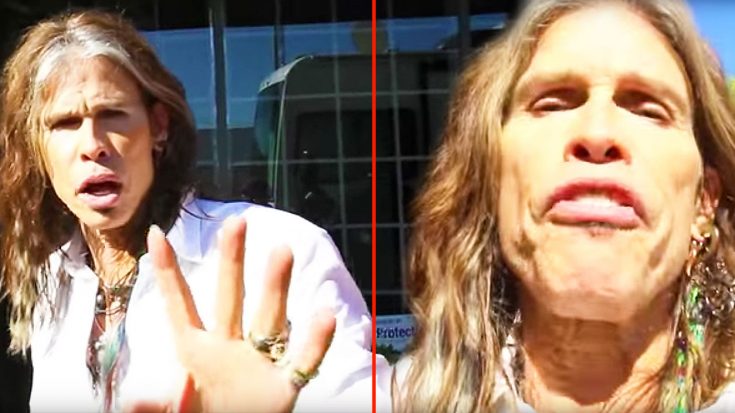 When you spot a celebrity wandering the streets, there’s almost always a posse of paparazzi trailing them. They won’t leave celebrities alone! They are always shoving camera’s in their faces, asking them pointless questions, harassing their friends and families and are just leeches searching for dirty money.

Usually, Aerosmith frontman Steven Tyler is pretty cool with paparazzi. He doesn’t lash out at them, always answers their questions, plays funny jokes on them and remains relaxed around them. But every now and then, people lose their cool, and in this video, Steven does just that!

Normally calm and collected, Steven is being harassed by a paparazzi who won’t stop asking him questions or shoving his camera in his face. Steven keeps asking him to leave, but the camera man won’t stop. So, Steven politely asks for his camera! Steven takes the camera and tells the world the truth behind why paparazzi do what they do!

It’s a pretty crazy and hilarious moment, that any fan of Steven or Aerosmith will get a kick out of! Check it out down below!