George Michael Surprises Everyone By Joining Paul McCartney On Stage For ‘Drive My Car’ Live! 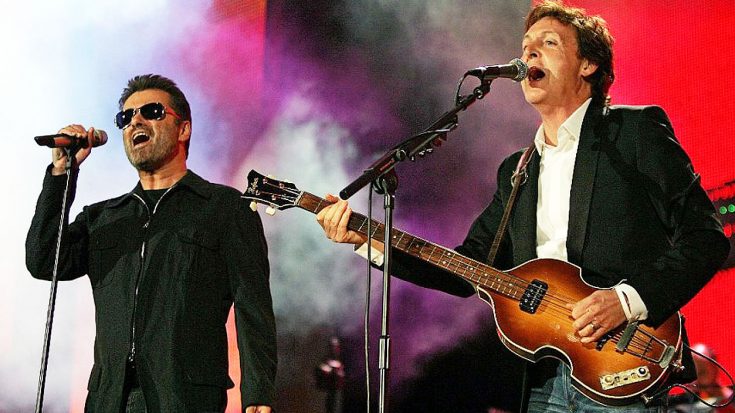 As much as it pains us to say it, it was reported that the legendary George Michael has passed away on Christmas of 2016. Not only does this further cement 2016 as one of the worst years that we have ever lived through, but also marks yet another passing of a music legend. George Michael was a genius and a true pioneer in music. His eccentric and bold charisma made him a bonafide legend thus making it easy to see why we are all devastated by his passing. Nevertheless, we still have his incredible music to hear forever and ever. Not only that, but also his great performances such as this one!

What you’re about to watch is a video in which Paul McCartney takes to the stage to perform the song Drive My Car. In this video all seems normal at first, but as soon as Paul starts singing, the crowd erupts with cheers and applause as George Michael joins him on stage. See for yourself!