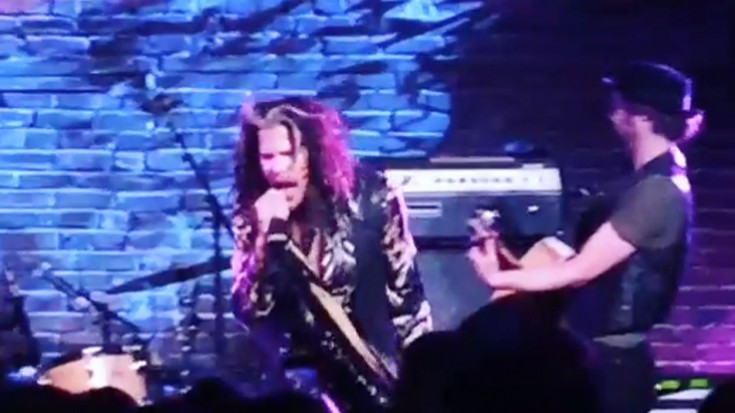 Country music may not be the first thing that pops into your head when you think of Steven Tyler but man, he sure proves just how versatile he can be! Not everyone knows it but Steven has roots in this genre despite being an iconic rock ‘n roll musician. We should have known it when he performed with Carrie Underwood and Brad Paisley.

“I grew up in the woods of New Hampshire. . . I have more country in me than people think,” he told Rolling Stone Country.

You can say it’s been a pretty smooth transition but band mates Joe Perry and Brad Whitford weren’t too thrilled about it. Anyhow, he has released “Love is Your Name” last year as his debut single (and we LOVE the raw edges to it!) but the country solo album will be out this year. We can’t wait!