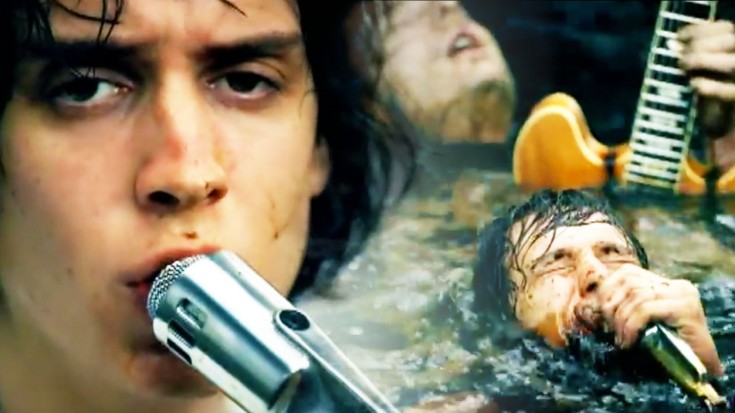 Ever been to Club Mud? The Strokes have, but maybe not the one you are picturing. In this epic explosion of mud, dirt water and all around filth, the band holds on to the last breaths they have during their EPIC official “You Only Live Once” music video. Evolving from clean, white clothes and an empty room to the greatest, grossest looking mess you could imagine, the band captures the importance behind the lyrics beautifully with no fear of rubbing some dirt (mud) in it.

Fraiture and Casablancas first met when they were six at a French school called Le Lycee. Coincidentally, that’s French for “school.” They didn’t become really good friends until fifth grade.

About a boy losing patience with his girlfriend, the track functions as an anthem to motivate fans and friends to live as much as they possibly can in the short time they are “allowed” to do it; Y.O.L.O. With the release of the song in 2006, the band encouraged fans to live the words they preached with “Operation YOLO” by calling into the radio stations and requesting the song; with the goal in mind of bringing back the age old tradition of “word of mouth” communication fueled by passion and love for the band.

Although it is challenging to not take life too seriously at times, we must keep the Strokes in mind and live while we still can, the way we really want to.