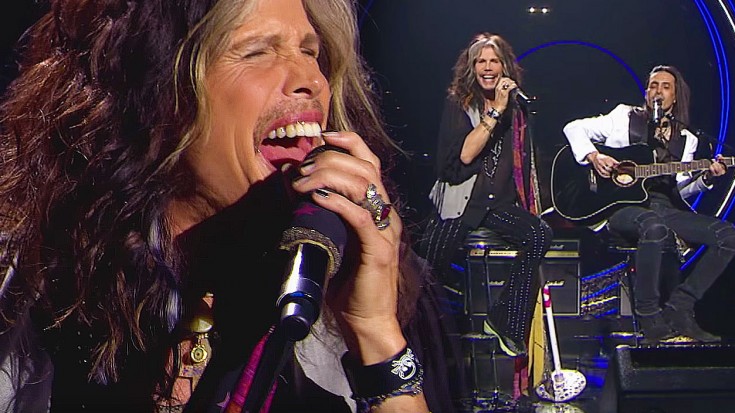 Two of Boston’s favorite rockers, together on one stage for one show stopping performance? Yes, please!

In 2014, fans of both Aerosmith and Extreme were treated to a duet of Extreme’s 1991 smash hit “More Than Words” performed by Steven Tyler and Nuno Bettencourt in honor of the 20th annual Nobel Peace Prize Concert in Oslo, Norway; one of our favorite moments in music, “More Than Words” proved to be everything we never knew we wanted! Steven’s voice is the perfect blend of spicy and sweet – adding a little bit of grit where Extreme singer Gary Cherone’s vocal parts tend to be much softer and contrasting beautifully with Nuno’s falsetto harmonies and soft fingerpicking.

Written in 1990 and featured on Extreme’s Pornograffiti, “More Than Words” was a detour from the band’s traditional funk-metal sound that band members call a “blessing and a curse,” and one that rock fans fell in love with almost immediately.

In a concert celebrating the achievements of the world’s best, brightest, and most fiercely brilliant minds, it’s only fitting that these two legends, responsible for some of the most iconic music to hit the airwaves, should take the stage together even if only for a night. Relive rock’s big moment on the world’s stage with the video below!