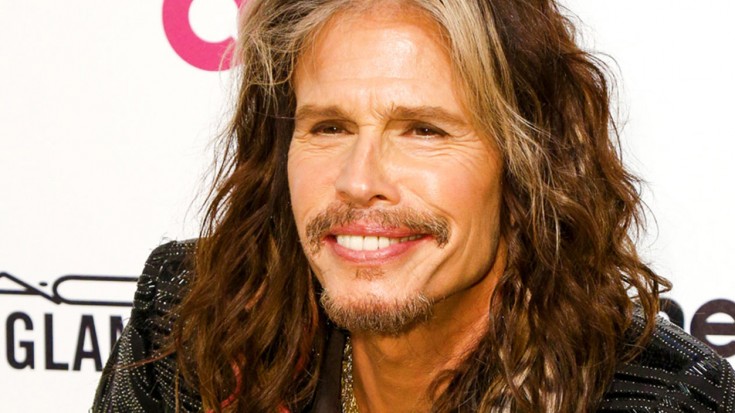 The Results Are In…

There’s no greater joy than sticking it to your critics and doing the one thing they said you’d never be able to and today, no one knows how sweet that feeling is better than Steven Tyler! At 68, the Aerosmith frontman released his debut solo effort We’re All Somebody From Somewhere earlier this month, officially making his grand entrance into the country music world and after years of anticipation and naysaying from friends, fans, and critics alike who never believed that a Steven Tyler country album would be a success, the numbers are in and they speak for themselves.

As of this morning, We’re All Somebody From Somewhere has done what critics said would never happen by entering Billboard’s Top Country Albums chart at the number 1 slot with first-week sales of 17,000 copies, beating out country megastar Chris Stapleton’s Grammy winning debut album Traveller.

“I believe y’all are gonna listen to this stuff and you’re gonna agree with me that it fell from a star. I had nothing to do with this, it’s just Nashville. There’s something so magical about this town and me writing with all these people.”

With singles like “Love Is Your Name,” “Red, White And You” and “We’re All Somebody From Somewhere” that highlight the sheer amount of talent from Tyler and the people he enlisted in his quest for country music domination, it’s no surprise that this album is taking over Billboard’s Top Country Albums chart and if our hunch is correct, we’re about to see even more milestones met and goals crushed by We’re All Somebody From Somewhere.

It’s pretty safe to say that after this, Steven Tyler is on cloud 9 and officially having the best week ever and while there’s been no word from the Aerosmith singer on his social media about hitting such a major milestone in his career, something tells us that he’s celebrating quite loudly this morning. Congratulations, Steven – you earned it!