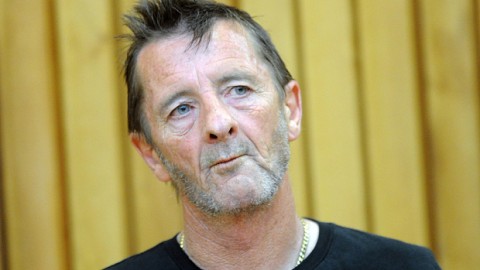 An Update From The Man Himself!

Recently, former AC/DC drummer Phil Rudd spoke with the New Zealand Herald to give an update on his personal life and all the criminal charges that surrounded him. He also talked about the possibility of re-joining AC/DC. Phil Rudd spoke candidly about what he has going on in his life. Here’s some of what he had to say.

In regards to all the crazy things going on with him recently: “I have behaved myself pretty well. I even tried to give up the cigarettes but I haven’t. I didn’t drink. I am not a big drinker so it doesn’t bother me. But I have stopped all the crazy stuff.

He was also asked about the possibility of re-joining AC/DC: “It is up to Angus Young, what he wants to do. I am limited to where I can go.”

It’s good to hear that even after all the crazy drama, Phil Rudd is holding up well and that everything is being resolved. Phil Rudd recently plead guilty to drug possession and threatening to kill someone. He served an 8 month house arrest. Nevertheless, Phil Rudd has stated that he is a “changed man” and has traded his crazy life for a much more “low-key” life.