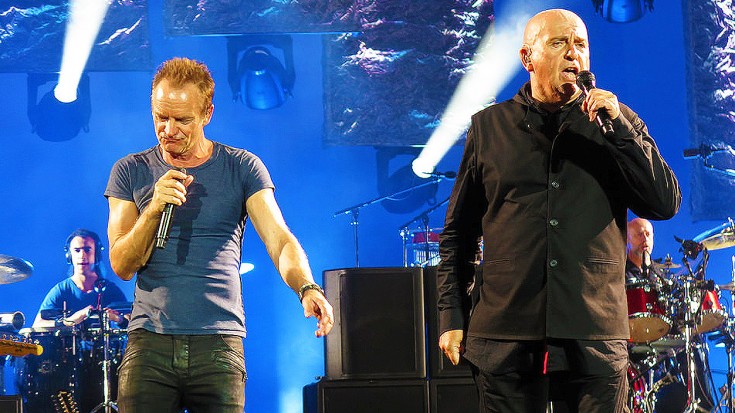 An unforgettable night in the Emerald City

Peter Gabriel and Sting are currently getting ready to wrap up their Rock Paper Scissors Tour. As the tour is dwindling down to its final performances, the two headliners are trying to end on a grand note. Last Thursday night in Seattle, WA they contributed to that effort by inviting grunge rock legend Eddie Vedder up on stage to join them for a few songs. This was the second time in three months the Pearl Jam frontman shared the stage with Sting. Vedder joined the two up on stage to sing Sting’s “Driven To Tears,” and stayed to contribute to the next song, which was Gabriel’s “Red Rain.”

Vedder’s distinct voice adds a new interesting flavor to each song. He did a great job, and it’s appropriate Sting and Gabriel brought him up in Seattle. Seattle is considered the birthplace and home of grunge music. To bring up an iconic musician of the grunge era set the perfect vibe at the show. Following his contribution to Gabriel’s song, Vedder simply walked off stage in a casual manner. Classic Eddie Vedder, right there!

Check out both performances down below and let us know what you think!