David Bowie Fans Will LOVE This News! It Was Announced Today That Bowie’s… 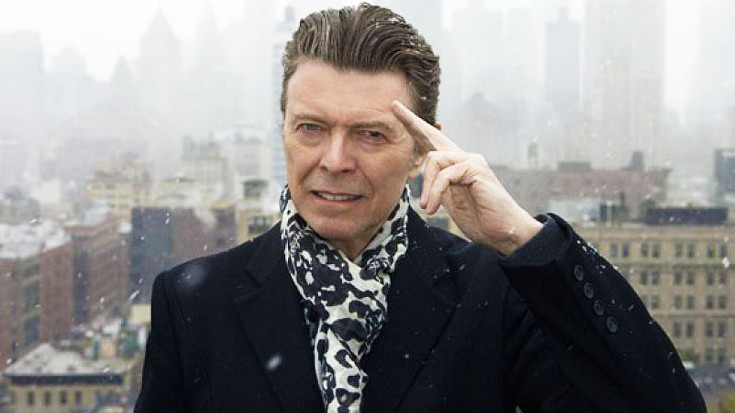 Bowie’s Legacy will still march on

In the months prior to his unfortunate death in January, David Bowie was working on a special project. The multitalented artist had just finished co-writing a musical with Enda Walsh before his death. The musical, titled Lazarus, will debut at the King’s Cross Theatre in London and will run for four months starting in October. The production will be directed by Ivo Van Hove, and star Michael C. Hall, Michael Esper and Sophie Anne Caruso. The run will begin Oct. 25th and finish Jan. 21st.

Lazarus is based off of the novel The Man Who Fell To Earth. In 1976, Bowie starred in the novel’s film adaptation, and since then, the film has become a cult classic. Bowie’s co-written musical Lazarus is a sequel to the novel/film, and features Bowie’s music, including three previously unreleased songs from the rock legend and the single “Lazarus” off of Bowie’s 2016 album Blackstar. The musical originally premiered in New York earlier this year. Bowie attended the opening night performance on January 10th, which ultimately ended up being his final public appearance. The production follows Bowie’s character Thomas Jerome Newton as he remains on earth, unable to die, haunted by his past love and hoping for another soul to set him free.

Check out the video down below of Hall singing “Lazarus” live on Stephen Colbert’s show!