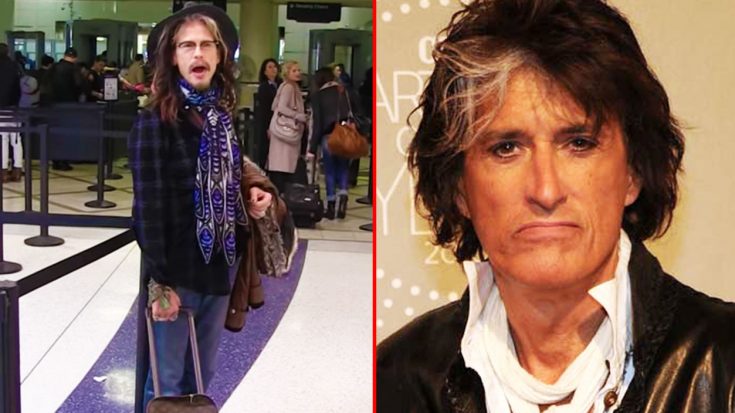 For the past year, Steven Tyler has been sweeping the country music charts. His decision to change his style, pursue and new genre has rejuvenated his career, and has exemplified his versatility as an artist!

Many people were skeptical about Steven’s decision to go country, and a lot of his rock fans were disappointed. One of the many questions people have, is what his former bandmates in Aerosmith think of the new gig.

In the video below, Steven is stopped by reporters who claim that they heard Joe Perry was upset about his decision, and actually dissed his music. Steven denies that, and clarifies to them that Joe supported his move to country music, and that he’s actually okay with it! He says that they are both currently doing their won thing, and that they both respect that, and support one other.

We’re really glad to hear that there is a mutual respect and support between Perry and Steven. We know for a fact that Aerosmith will probably get back together again, but in the meantime, they both want to expand their horizons, try something new and they’re both fine with that!

Check out the clip down below! What do you think of Tyler’s country album?