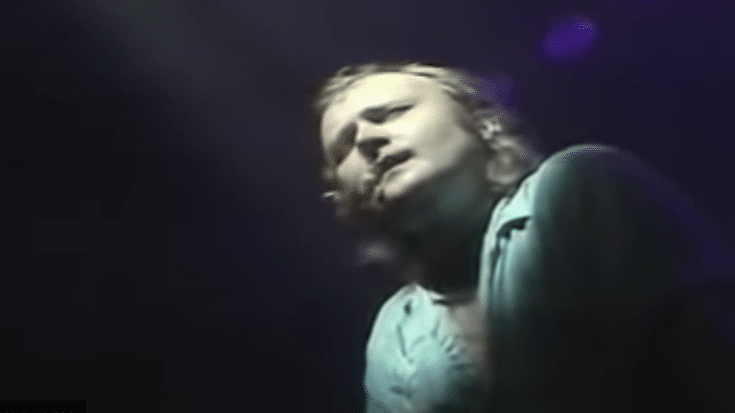 This is beyond epic

One of the best songs to ever see performed live is Phil Collins’ “In The Air Tonight.” The live performance of this song will give anyone chills! It goes from this dark and mysterious vibe, into a full on jam once the iconic drum fill kicks in!

If you thought the live performance of this song couldn’t get any more epic, you were wrong! Collins brought up guitar legend Eric Clapton, and the two performed an unbelievable duet of this epic tune! Although Clapton’s guitar isn’t incredibly noticeable until the second half of the song, he still pulls off a fantastic solo!

Fun Fact:Collins wrote this song about the anger he felt after divorcing his first wife, Andrea Bertorelli, in 1980 – he was so devastated that he left Genesis for a short time. All of the original songs on the Face Value album, including the followup hit “I Missed Again,” were at one time intended to be “messages” to his first wife in an attempt to lure her back to him.

There’s also an urban myth about this classic hit – that it was about an incident where a person merely looked on and didn’t help someone else who was drowning. This story apparently became so popular that it eventually reached Phil Collins who finally set the record straight when he said:

“I don’t know what this song is about. When I was writing this I was going through a divorce. And the only thing I can say about it is that it’s obviously in anger. It’s the angry side, or the bitter side of a separation.”

If you are a rock and roll fan, this cover will give you CHILLS! We love hearing these two collaborate with each other, because they’re two of the best musicians out there!