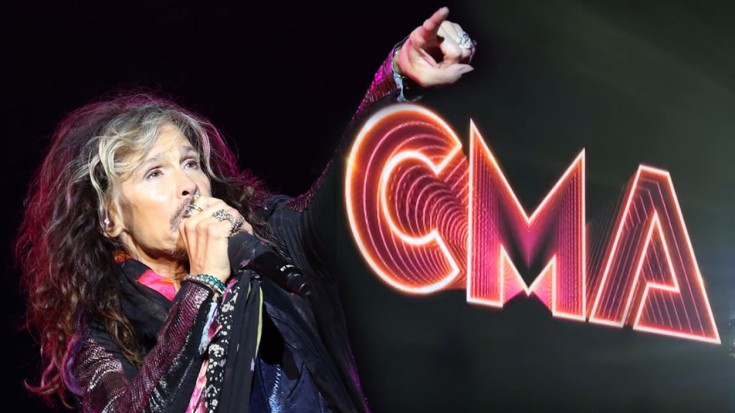 They Sing So Well Together…

With the recent announcement of his country album to be released in July, Steven Tyler is pulling out all the stops in his transition to Team Country.

Tyler performed at the 2016 CMA Fest in Nashville last Saturday when he announced a surprise special guest, Martina McBride. In a once-in-a-lifetime performance, the two performed a duet of Aerosmith’s “Cryin'” for a screaming crowd.

McBride told ABC Radio that Tyler called her on the phone to ask if she would perform with him.

“He loves Nashville and…he’s so excited and grateful and amazed that he’s here and a part of this, and that was really sweet. Then we talked about doing the song together, and I was like, ‘Yeah! Don’t even need to think about that!’”

Watch the video below to see their awesome performance!