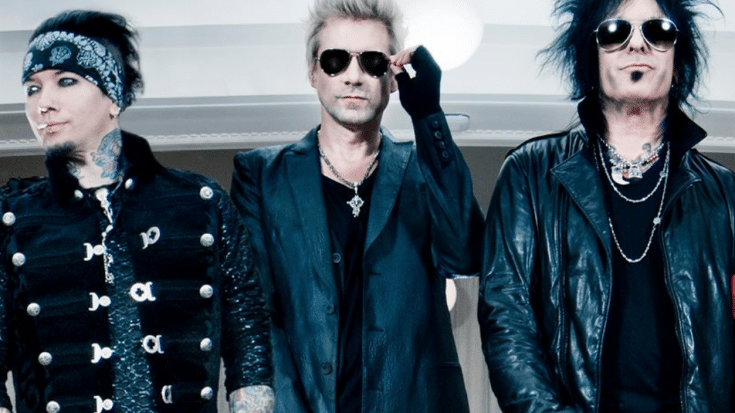 Okay, okay – so Nikki Sixx’s ‘new’ band SIXX:A.M. isn’t all that new, per se – comprised of Sixx, guitarist DJ Ashba (Guns N’ Roses) and vocalist James Michael, SIXX:A.M. came onto the scene in 2007 but with Mötley Crüe calling it quits in 2015 and DJ Ashba parting ways with Guns N’ Roses, SIXX:A.M. has gone from side project to center stage for everyone in the band.

Borrowing elements of bands and artists they’ve admired over the years, SIXX:A.M.’s 2014 album Modern Vintage included a cover of one of our favorite songs and a serious classic rock staple with The Cars’ 1984 hit, “Drive”; never really a rager of a tune, this easy, dreamy classic rock favorite was given a new breath of life when the guys in SIXX:A.M. added soaring vocals set over chunky guitars and a few fun effects to further add to the song’s magic.

Fun Fact: Upon its release, “Drive” became The Cars’ highest charting single in the United States, peaking at No. 3 on the Billboard Hot 100 chart; on the Adult Contemporary chart, the song went to No. 1.

That’s just the album version, though! When performed live as it was here at the band’s 2015 iHeartRadio show, the fun electronic elements are dropped in favor of letting James, DJ and Nikki and their faithful backup singers deliver a fiercely honest performance, actually managing to sound better live than on their album – a mark of a band with more talent than meets the eye.

Check it out in the footage below and as always, let us know what you think!