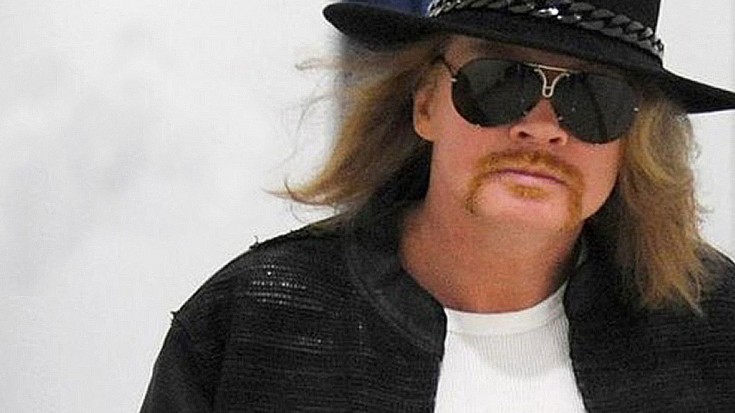 “That’s What Makes Him Who He Is”

Over the years, we’ve accused Axl Rose of being several things – none of them good, and depending on who you talk to, all of them were pretty well deserved. These days, we’re seeing a different side of Axl, one committed to not just trying to mend fences with those he’s hurt but also to giving his craft 100%, whether it be taking time to engage with fans or showing up to practices and concerts with both of his bands, prepared and ready to roll. While we’ve spoken out in support of this newer, kinder Axl Rose, no one that knows him has come out to dispel any of the rumors, myths, and urban legends that make the Guns N’ Roses singer still so disliked by people all over the world – until now, that is.

This week, AC/DC’s production manager Dale “Opie” Skjerseth gave a brief interview in which he revealed the one thing he wanted the world to know about Axl Rose: “He is a regular guy.”

“He’s not the diva – he never has been,” said Skjerseth. “I’ve worked with him many times before. He’s like any artist – he loves his show. He is a regular guy – we’re all different, we all can be weird, but that’s okay in life. That’s what makes him who he is.”

Skjerseth has worked with Axl in the past both with AC/DC and with Guns N’ Roses, and in the video below he has nothing but kind things to say about the 54-year-old frontman. Calling him a “fantastic replacement” for AC/DC singer Brian Johnson, Opie also highlights the major benefits of having a singer as dynamic as Axl join AC/DC’s ranks:

“They play old songs. The show is longer now too. They’re playing and Axl is walking it out – he is doing this with honor. They’re sounding fantastic and it’s a great show. At the end of the day, it’s AC/DC the way they always intended it to be.”