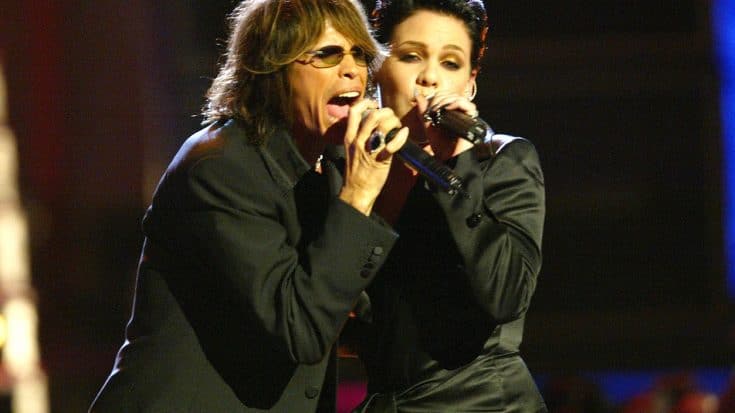 A bluesy, soulful tune colored with shades of Janis Joplin, the full power of “Misery” wasn’t fully realized until that year’s VH1 Vogue Fashion Awards where Tyler, the recipient of that year’s Rockstyle Award, and P!nk appeared onstage together for a duet that can only be described as absolutely unforgettable.

Fun Fact: If you remember hearing a version of “Misery” without Steven Tyler, don’t worry – you’re not crazy.

Raven haired and clad in a stylish black outfit, P!nk cuts a striking figure at center stage for the first few bars of “Misery” before being joined by Tyler a few moments later and walking arm in arm down the catwalk, exchanging vocal licks as seamlessly and easily as if they were merely having a conversation instead of belting from the depths of their souls.

The performance culminates in one hell of an ending as P!nk serves up an award winning final vocal run for the song’s big finish, leaving her partner a little stunned and the audience on their feet roaring with applause. One of our favorite duets in recent memory, this performance is “Misery” is anything but joy personified – check it out in the video below and as always, enjoy!