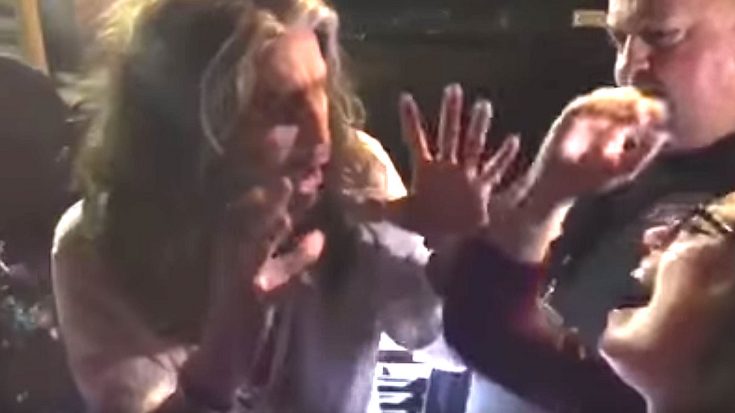 Steven Tyler Has Back And Forth With Fan In Best Way Possible!

It’s pretty safe to say that if there’s a video (even if it’s a short one) with Steven Tyler in it doing literally anything, it’ll most likely go viral. We predict that this video here is really no different. What we presume to be the after one of his concerts as he makes his way to his car, fans are usually chomping at the bit to get a closer glimpse of the rock legend, but one particular fan got the ultimate gift!

What you’re about to see is a short video where Steven Tyler sees a 14-year-old fan in the parking lot by his car. It is rather obvious that he takes an immediate liking to her and she belts out some singing to him, and he immediately returns the favor. They both are having the time of their life. Here’s what we mean!