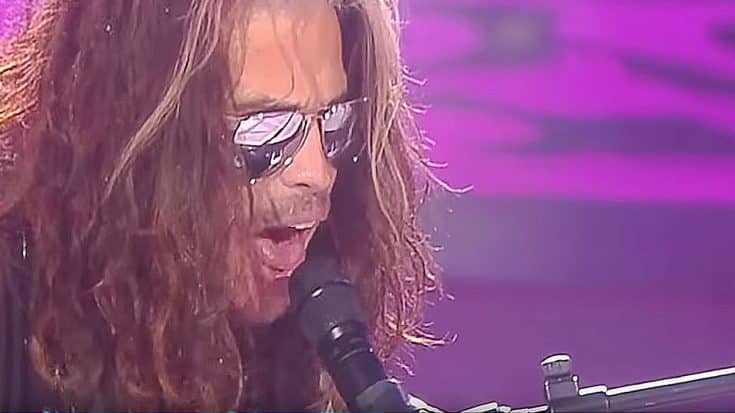 “Dear God, May This Man Forever Dream On.”

As the months pass following the shocking, sudden suicide of Soundgarden frontman Chris Cornell, the tributes continue to roll in as friends from every corner of the rock pantheon seek to find ways to remember Cornell and honor his legacy in the only way they know how: music. From Megadeth to Stone Sour, the weekend following his death was filled with musical elegies to the late rock legend, including one from perhaps one of rock’s most iconic voices as Aerosmith took to the stage for a tribute of their own, frontman Steven Tyler kicking things off with a moment of silence highlighted by large photos of Cornell gracing the screens behind him as strains of Soundgarden’s “Black Hole Sun” could be heard over the PA.

Tyler sat down at a lone white piano at the center of the stage, offering up a prayer that Chris Cornell “forever dream on” before launching into a sobering, impassioned take on “Dream On” that didn’t leave a single dry eye in the audience. The significance of a song like “Dream On” as the rock world mourns one of its best and brightest isn’t lost on us; the deaths of our idols hurt the way they do because through laying their souls bare to us they inspire us to dream impossible dreams – that’s how our legends are born, through a desire to bring those impossible dreams to life. Wherever Chris is, we hope he’s found the peace he’s been searching for – and may he forever dream on.