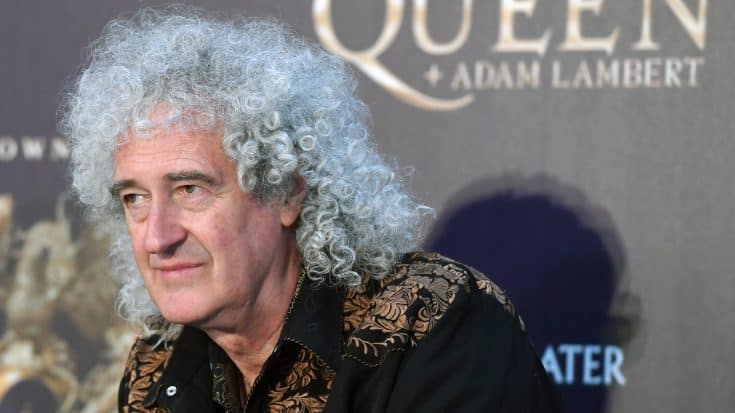 LAS VEGAS, NV - AUGUST 28: Guitarist Brian May of Queen + Adam Lambert attends a news conference at the MGM Resorts aviation hangar to kick off the group's 10-date limited engagement, "The Crown Jewels," on August 28, 2018 in Las Vegas, Nevada. The group will play 10 dates at Park Theater at Park MGM in Las Vegas beginning on September 1, 2018. (Photo by Ethan Miller/Getty Images)

Freddie Mercury took his final bow on November 24, 1991. His death at the age of 45 came less than 24 hours after he bravely issued a statement announcing his battle with AIDS, foregoing his privacy for the sake of calling attention to the disease and raising awareness for those whose time had not yet run out and honoring the struggles of those who, like Freddie, succumbed to AIDS.

The weeks and days leading up to his death were grim; Freddie’s health had deteriorated to the point where he could no longer get out of bed, his eyesight was failing, and one of his feet was mostly amputated. He’d even begun to refuse taking all medication but painkillers to hasten his death. In an interview with the Sunday Times, Queen guitarist Brian May offers a brutally honest glimpse into Mercury’s final days, revealing that his Queen bandmates were among the rare few to witness his final battle.

“The problem was actually his foot,” May told the Times. “Tragically there was very little left of it. Once, he showed it to us at dinner.

And he said, ‘Oh Brian, I’m sorry I’ve upset you by showing you that.’ And I said, ‘I’m not upset, Freddie, except to realize you have to put up with all this terrible pain.'”

Perhaps what makes Freddie’s death all the more heartbreaking is the knowledge that he’d missed the major advancements in AIDS research that ultimately led to the introduction of drug cocktails – a life saving concoction of pills that can prolong the life of AIDS victims for several years, if not decades; he’d missed it by only a few months, something that troubles May to this day.

“He missed by just a few months. If it had been a bit later he would still have been with us, I’m sure,” said May. “You can’t do ‘what if,’ can you? You can’t go there because therein lies madness.”