Musician Plays An All-Guitar Cover Of “Hey Jude” That Would Make The Beatles Proud! 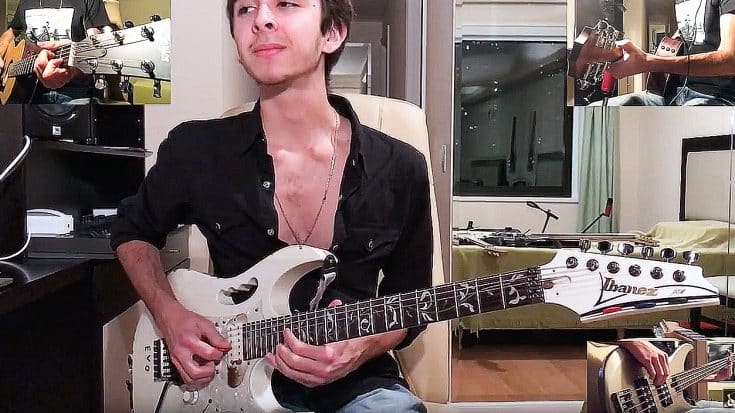 This Guy’s Got A Bright Future!

It’s not everyday that someone can pull off an amazing cover of any song from The Beatles. It goes without saying that The Beatles have created some of THE most iconic and timeless songs in music history. That being said, they all have what I like to call “The Beatle Curse”.

Basically, any song with the Beatle curse can only be played by The Beatles and if anyone else tries to play the song, the fans will quickly be up in arms saying that it’s blasphemy that anyone would DARE try and cover a Beatles song, but anyway, I digress.

The point is, it’s very rare that someone can successfully cover a Beatles let alone put a unique spin on it and have it be well received. That being said, we may have just found one of those rare covers!

What you’re about to watch is a video in which a VERY talented musician by the name of Francisco Tomás perform an all-guitar cover of the his Beatles song Hey Jude. To put it simply, this cover would make The Beatles VERY proud! Don’t believe me? See for yourself!