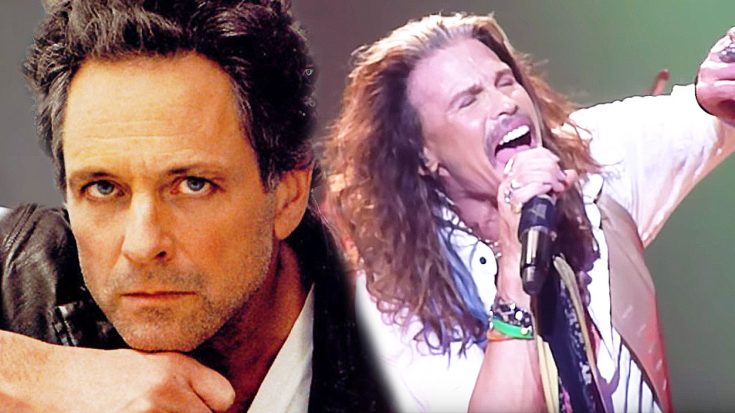 With his career in country music being extremely successful, Steven Tyler decided to revisit his rock roots earlier this month during a performance in Nashville, TN. Tyler decided to dust off Fleetwood Mac’s “Rattlesnake Shake” for the performance, and gave his own rendition of this classic! The song already has a folky feel to it, but Tyler added his own flare to it by incorporating more of a twang into the tune.

Like we stated before, Tyler has been experiencing incredible success as a country artist. His solo album hit it big, and country music fans have embraced him. Tyler will be performing with Aerosmith this month at the KAABBOO Festival in del Mar, CA. It’ll be Aerosmith’s first performance following guitarist Joe Perry’s collapse on stage back in July. We’re hoping that Aerosmith will don a cover of this song at their upcoming show! Tyler sounded fantastic on this track, so hopefully we see more of him covering this!

Check out the performance for yourself down below!