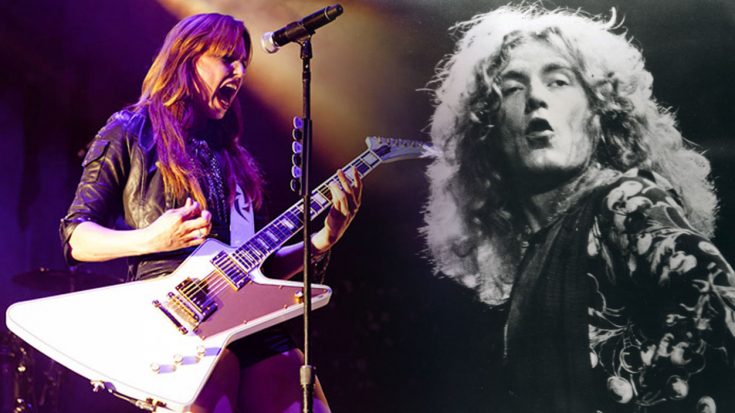 Lzzy Hale Has A Voice That’ll Make Your Head Explode!

So there’s this band called Led Zeppelin. They’re a pretty decent with a couple of cool hits. (I’m kidding, I’m kidding) No, Led Zeppelin are one of the (if not THE) most iconic and influential rock bands of all time. There instrumentation, melodies, and song writing capabilities have LITERALLY become the stuff of legend. Whether it’s music, or on stage performing, Led Zeppelin have ultimately changed the game!

Now let’s talk about another band, or in this case, another person. Her name is Lzzy Hale (yes, she spells her name L-Z-Z-Y). She is the lead singer for a band called Halestorm, a band that since their debut have been changing the game. With their music, yes, but mainly because of lead singer Lzzy Hale‘s explosively prolific voice, and as you’ll see, she applies that craft to her cover of Black Dog by Led Zeppelin!

How do you think she did? Did she nail it? Let us know in the comments!