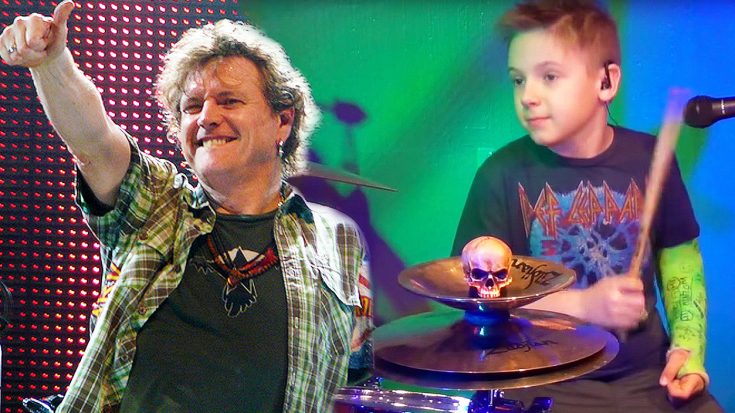 When 9-year old drum prodigy Avery Molek broke his left arm, it didn’t stop him from drumming. Instead, he took it as an oppertunity to pay tribute to Def Leppard drummer Rick Allen, who was forced to play the drums one handed after losing his arm in a car crash. Playing the drums with two arms is difficult enough, but young Avery made playing with one arm look as easy as Rick Allen does in this cover of “Animal.”

Fun Fact: This was Def Leppard’s first hit in their native England. Even Pyromania, which was a massive hit album in America, was largely ignored in their home country. “Animal” was the song that finally broke through in the UK, and it earned them their first appearance on the popular music TV show Top Of The Pops.

We’ve shared a multitude of Avery’s videos before, but this one has to be one of our favorites! What a great idea to take something unfortunate, in this case breaking his arm, and running with the opportunity by paying tribute to the great Rick Allen! We have a ton of respect for this kid, and he did a hell of a job in this cover!

Check it out for yourself down below and let us know what you think!