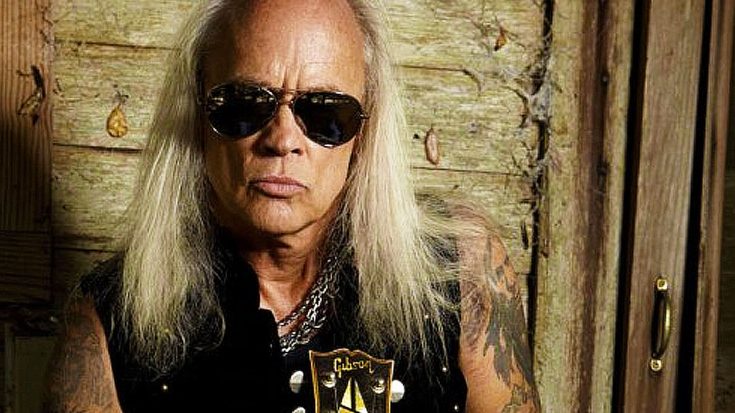 Before he was rocking stages across the world with Lynyrd Skynyrd, guitarist and rock legend Rickey Medlocke cut his teeth on some of the most iconic rock albums ever written, drawing inspiration from legends past and present in his own pursuit of rock and roll greatness. While we grew up idolizing Lynyrd Skynyrd for groundbreaking albums like Pronounced Leh-Nerd Skin-Nerd, Second Helping and Street Survivors for their innovation, creativity, and sheer genius Rickey, too, grew up learning from some of the best – but which albums rocked his world the way Lynyrd Skynyrd’s albums have rocked ours for over four decades?

Take a look back with Rickey as he reflects on the 5 albums that shaped him and who knows – you might find yourself having something awesome in common with your favorite guitar player!

If you’ve been to a Lynyrd Skynyrd concert recently, you might recognize their entrance music: Aerosmith’s “Back In The Saddle”. Featured on the band’s iconic 1976 album Rocks, “Back In The Saddle” is a favorite of Rickey Medlocke, who claims Rocks as one of his all time favorite albums. Praising Aerosmith’s innovation, passion and the out of this world talents of guitarist Joe Perry, Rickey looks back on Rocks fondly and says, “All of the early stuff from those guys I just love. They were really raw. Joe Perry at that time, to me, had this reckless abandon to his playing, it was so raw, so off the cuff. I love that kind of stuff.”

There’s not a guitar player alive who doesn’t cite late rock legend Jimi Hendrix as one of his biggest influences – and Rickey’s no different! Swept up in the magic and madness of Jimi’s no holds barred approach to guitar playing, Rickey grew up with The Jimi Hendrix Experience’s 1967 album Are You Experienced on constant repeat and if he’s ever feeling stuck when crafting new songs for Lynyrd Skynyrd, he’s not afraid to break out Are You Experienced and let it take him where he needs to go.

“I loved all of the Hendrix records. My top one was Are You Experienced,” says Rickey. “I had the radio on and all of a sudden I heard “Purple Haze” come on the radio. I was like, ‘What is this?’ It finished and the guy said it was the new song from the Jimi Hendrix Experience. I couldn’t believe it.”

It’s no secret that for Rickey Medlocke, former Cream guitarist Eric Clapton is the end all be all of guitar players and for that, we have Cream’s 1967 album Disraeli Gears to thank. Growing up under the wing of his grandfather Shorty Medlocke as he showed Rickey the best that Delta blues and traditional country had to offer, there was a warm, comfortable and deeply familiar feel to Disraeli Gears that Rickey connected with immediately.

“I took to that album really heavy because I felt a kinship in what he was doing and what those blues guys were doing. That Clapton stuff struck me in a great way and has stuck with me all the way to today. I have such a respect for that guy.”

Rickey got an extra special glimpse into the magic of AC/DC’s 1980 album Back In Black; the band’s first without singer Bon Scott and the first to introduce Brian Johnson, Back In Black wasn’t due out for quite a while when Rickey, then a member of Blackfoot and on tour with AC/DC, was invited to a party at Brian’s home in England where the singer treated everyone to a special Back In Black listening party.

Says Rickey of the experience, “We ended up touring with AC/DC again later on, so that was cool to tour with them before with Bon, to be in Brian’s house listening to Back In Black and then tour with them again. That was great.”

Whether it was “La Grange” or “Jesus Just Left Chicago” that sucked you in, one thing is clear: ZZ Top’s breakthrough 1973 album Tres Hombres is one of the greatest rock albums ever written, and Rickey’s list of essential albums wouldn’t be complete without it. Featuring some of the finest guitar playing ever executed by the legendary Billy Gibbons, to Rickey, Tres Hombres marks a crucial point in the band’s evolution – one that wasn’t lost on him.

“There was something about Tres Hombres. I think Billy’s guitar playing just came alive on that record. People really began to sit up and take notice to them at that time,” reveals Rickey in an interview with Team Rock. “To me, no one plays like Billy. He’s so soulful and earthy and he’s also very bluesy.”