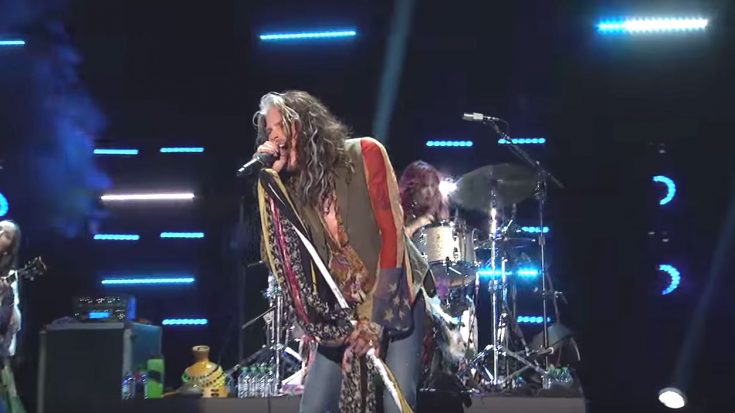 What you’re about to watch is Steven Tyler and his country ensemble take to the stage at the CMA Festival and perform the title track off of his new album We’re All Somebody From Somewhere. As you’ll be able to tell, the ovation Steven Tyler gets before he sings is loud, but once he and the band finish, it’s 10 times as loud, and for good reason. See for yourself!