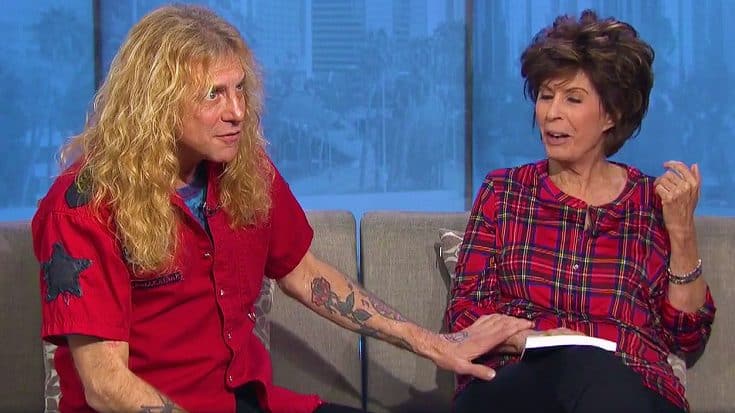 Back in the 1980s and into the 90s, Guns N’ Roses began their climb to fame. They became the epitome of the glam rock scene, and their debut album Appetite For Destruction has gone down as one of the greatest rock n’ roll albums of all time!

But amidst all of the glory was a darker side to the band. A lot of the members got caught up in drugs, especially drummer Steven Adler. Adler’s drug addiction eventually took a toll on him, and actually became the main catalyst of him not being able to be in the band anymore. His mother, Deanna Adler, wrote a book titled Sweet Child Of Mine: How I Lost My Son To Guns N’ Roses which detailed his addiction and time with the band.

In a recent Reddit Ask Me Anything interview, Steven Adler said: “I think I got to catch the end of when rock was really rock. That’s what I miss. I miss going to record stores and hanging out. I miss going to magazine stands and reading magazines and looking at pictures. I miss looking at record albums and reading all the liner notes and looking at the pictures in the sleeves and reading how they did the record and what happened. That was exciting. Nowadays, it’s nothing. You just push a button and you’re on the computer. There’s no liner notes. There’s maybe one goofy picture that’s been photoshopped. I like the real stuff. I like real instruments. Reality. Real. People practicing. I’ve never known one person that practices as a teenager and looked in the mirror and was air guitar playing practice to see how they look and thinking in their head, ‘Oh, I just wanna play for myself.’ No, it’s that I wanna play for the world. And I miss that whole real kinda rock thing, ya know. Music.”

Recently, Deanna and Steven sat down with Good Day LA for an emotional interview. Deanna talked about her book and Steven opened up about how much his mother means to him. They also told stories about the early days of the band, including one about the first time she saw Steven perform!

It’s an amazing interview, and you must check it out down below!