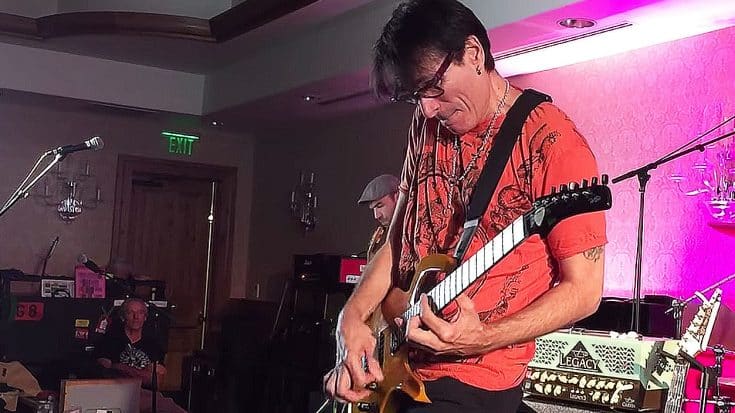 Steve Vai Doing What He Does Best!

It should be pretty common knowledge amongst music lovers by now of just how important Steve Vai is to the world of all things guitar related. It goes without saying that Steve Vai is, and I’m not exaggerating here, one of the all time greatest guitarists of all time. His style and technical ability are often imitated yet never duplicated. To be honest, if you’re going to call anyone a ‘guitar-god’, it’d be Steve Vai. He is one of the best, it’s that simple.

Fun Fact: Some of the guitars in his collection include the Ibanez JEM777 SP, Ibanez UV77 7-string with burnt finish, Ibanez UV77SVR Passion and Warfare 25th Anniversary Limited Edition, and the modified Ibanez JEM77 with true-temperament neck.

Over the years, Steve Vai has been creating memorable moments on and off-stage as a guitarist. You put a guitar in his hand and he makes musical history. that much is the absolute truth in this video here!

What you’re about to watch is Steve Vai take to the stage to perform The Audience Is Listening and whilst doing so he is doing it all on a fan’s guitar. At first he is just getting used to the guitar, but once the song kicks in, that’s when he does what he does best! See for yourself!