Michael J. Fox And Chris Martin Go Back To The Future With This Unforgettable ‘Johnny B. Goode’ Jam! 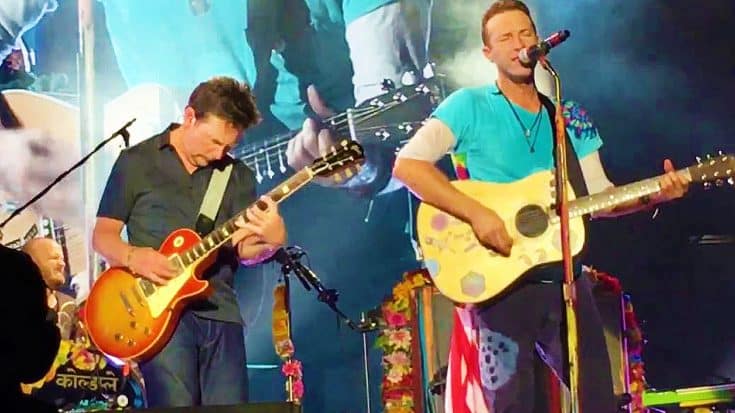 Back in 1985, the movie Back To The Future was released. The film starred Michael J. Fox as Marty McFly, an aspiring musician who travels back in time with Doc Brown to the 1950’s, where his parents first met each other.

Fun Fact: In the film, McFly performs at his parents prom, and jams out Chuck Berry’s classic hit “Johnny B. Goode.” Fox actually learned how to play the song, and since then, has actually become a pretty decent guitarist himself! In the actual scene, however, he was just miming the notes.

Last year, Fox joined Chris Martin and Coldplay on stage for an epic jam of the classic Chuck Berry hit! They start off the collaboration with a nice improvised blues jam, before kicking into the heart-thumping cover of “Johnny B. Goode!”‘ Fox sounds perfect on the song, and Chris Martin’s voice does the song some justice!