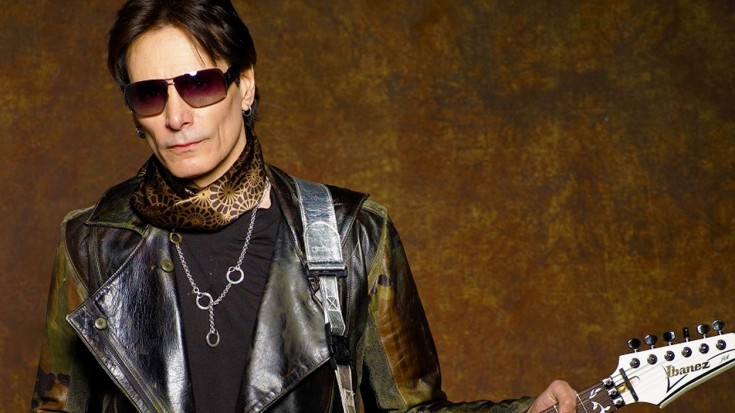 This Is One Tour You Don’t Want To Miss!

Even as he’s rocking around North America as part of the Generation Axe Tour, living legend Steve Vai is already looking to his next great adventure with the announcement of this summer’s Passion and Warfare 25th Anniversary World Tour!

Slated to begin May 28th at Quebec’s World Guitar Festival and featuring select G3 dates with Joe Satriani and The Aristocrats, the Passion and Warfare 25th Anniversary World Tour is a 44-date romp commemorating the 25th anniversary of the release of Vai’s groundbreaking album Passion and Warfare – one of the most culturally important rock albums ever written and one that’s widely regarded as Vai’s magnum opus.

Tickets are going on sale soon with American dates being announced at a later date, so be sure to stay tuned for more information in coming weeks and days!