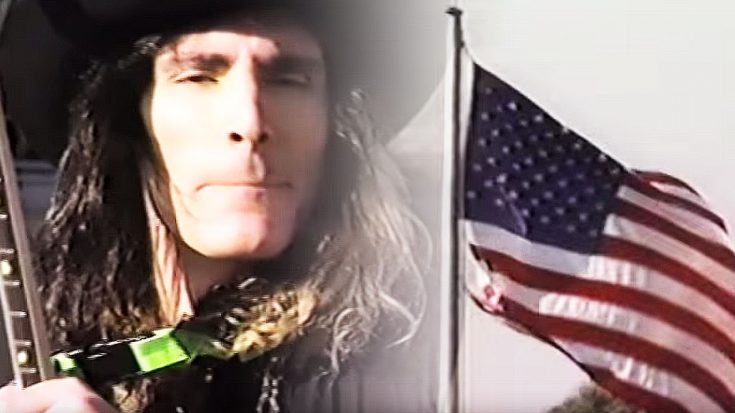 Steve Vai Is Overqualified To Play The National Anthem!

Over the years, legendary guitarist Steve Vai has truly proven the he can really do it all on the guitar. He can shred, harmonize, chug, and even make his guitar talk. So with all these these qualifications and abilities, it would seem like a no brainer to ask him to play the national anthem at the annual 1990 Rock & Jock, right? Well, yes it was and it always will be. My point is that no matter the place or time, Steve Vai can always deliver the goods when playing the national anthem, and that was definitely the case in 1990. Here’s what I mean.

What you’re about to watch is a video in which Steve Vai takes to his guitar to perform the national anthem. As you can imagine with literally anything from Steve Vai, the performance is nothing short of epic. See for yourself!