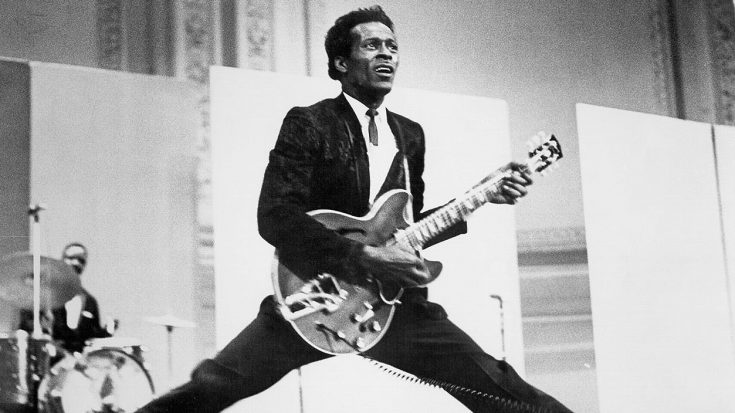 Today, Chuck Berry celebrates his 90th birthday! One of the pioneers of modern guitar playing and rock n’ roll, Berry has been tearing up the music scene since he was 15 years old. To celebrate his special day, Berry released a statement that said he has no plans of slowing down at all!

That’s right, at the age of 90 years old, Chuck Berry is releasing a brand new album! The album is simply titled Chuck, and is expected to drop sometime in 2017! It is confirmed that the album will include new songs written and produced by Berry! This will be his first album in 38 years, and will be dedicated to his wife!

“This record is dedicated to my beloved Toddy,” said Berry, referring to his wife of 68 years, Themetta Berry. “My darlin’ I’m growing old! I’ve worked on this record for a long time. Now I can hang up my shoes!”

We’re stoked to hear what Berry has in store on this new record! It sounds like it’s going to be good, filled with a ton of emotion and soul. However, with Berry saying, “Now I can hang up my shoes,” does this mean this will be the last record we hear from Berry!? If so, it’ll be bittersweet to see him retire!

Happy Birthday, Chuck! Thank you for your gift, and here’s to many more birthdays for you!