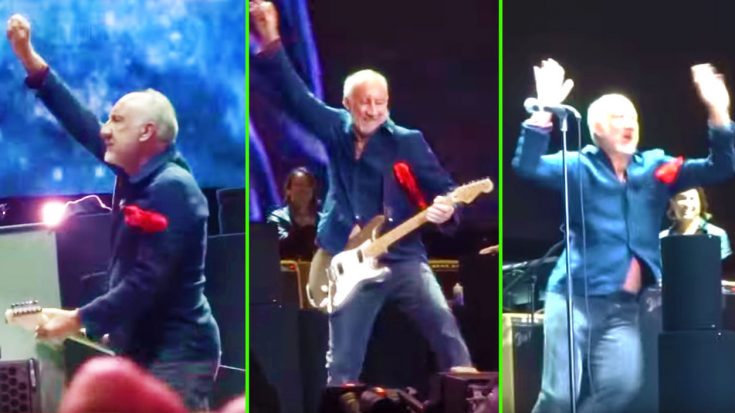 He Put it all on the line!

Back in the day, The Who were known for there extravagant, high-energy live performances. They used to jump around the stage, swing their instruments around and sometimes even destroy their own instruments and setups. They knew how to party, and they partied hard. Now that remaining members Pete Townshend and Roger Daltrey have gotten older, age has somewhat diminished their ability to be as crazy on stage as they were in their youth. But when The Who performed at Desert Trip festival, they didn’t hold back one bit!

During the band’s performance of “Won’t Get Fooled Again,” Pete Townshend took the opportunity to showcase his youth and pull off a move that he hadn’t attempted in years! Pete did his classic knee slide across the stage as an epic finale to the song! The crowd went ballistic, as the site took them right back in time! In addition to the slide, Pete also pulled out his signature windmill guitar strum, and Roger swung his microphone around like he always has since the band started!

It was an incredible moment that will make any Who fan smile, and reminisce on! This little dash of youth from Pete was exactly what we needed! Hopefully we see him do it a few more times during his career!

Check out the memorable moment down below!