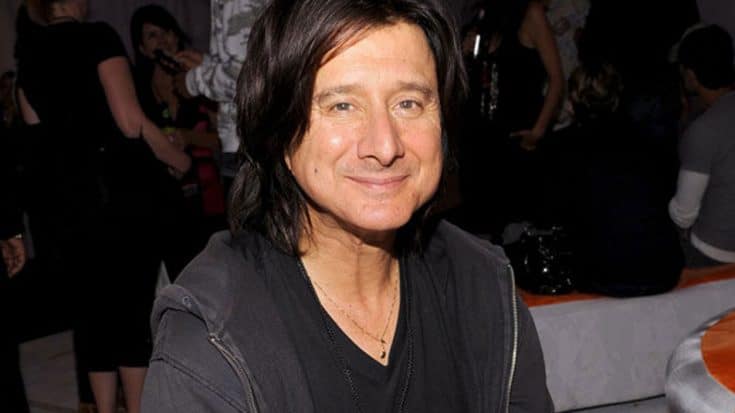 Looking Back On A Legacy

A month after he stood shoulder to shoulder with his bandmates as they were inducted into the Rock and Roll Hall of Fame, former Journey singer Steve Perry’s got an awful lot to reflect on. Perry, now 68 years old and excitedly preparing his first solo release since 1994’s For the Love of Strange Medicine, doesn’t see himself working with Journey any time soon; after all, he gracefully declined the invitation to perform with them at the Rock and Roll Hall of Fame induction ceremony, graciously ceding the honor to current frontman Arnel Pineda.

That doesn’t mean he doesn’t miss his friends and former bandmates, and when asked what he missed the most about Journey, his answer was surprising: the family dynamic.

“It was a complete family affair,” Perry told ABC News about the tight-knit relationship between Journey, their crew and their management team.

It’s been two decades since Steve left Journey, but it’s clear that the bond forged on a devotion to “reaching for timeless performances” still remains to this day; fans were understandably disappointed with Steve’s decision to opt out of the performance segment of the induction ceremony, but the incredibly warm greeting Journey shared onstage that night (and backstage with Pineda) more than made up for it as it looked like these were men who left each other mere moments ago and picked right up where they left off.

Bands come and go, but that kind of bond? Timeless.