Kiss Isn’t Particularly Fond Of The Rock & Roll Hall Of Fame, But One Member Is, And For Good Reason… 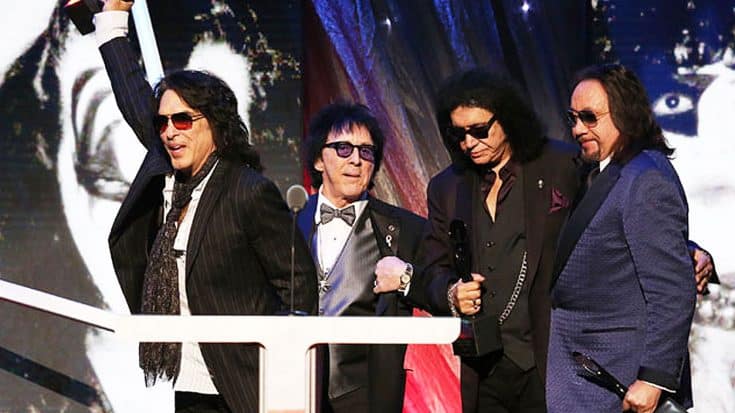 One Member Still Appreciates The Hall!

If you paid any sort of attention to Kiss‘ R&R Hall Of Fame induction, then you’d probably know that the member of Kiss weren’t too happy with the whole ordeal. All four original members were present, but there was still animosity amongst the members resulting in an awkward night of celebration. That, and Gene Simmons states that though the band was being inducted, the organization did not take them seriously nor did they really want them to be inducted.

Nevertheless, there is one member that though the organization did some good, and that member is Peter Criss. He praises the hall for inducting all four original members. In an interview with Loud Magazine, Peter Criss talks all four members being rightfully inducted

Peter Criss also talks why it took the band so long to be inducted in to the hall.

“All you’ve gotta do, I guess, is read our books. It’s not a secret, there was just not good blood amongst us the first time around, and we should have went in way back when and we didn’t. That’s all I got to say about it. I don’t really get into the thing about it, because we’d be here for hours discussing it.”

While Peter Criss talks fondly about the hall, it’s clear that there’s still some uneasy tension amongst the original members. Who’s side are you on? Do you agree with Peter? Do you agree with the other members? Do you see it from all perspectives? Or do you not agree with any of them? Let us know what YOU think in the comments below!