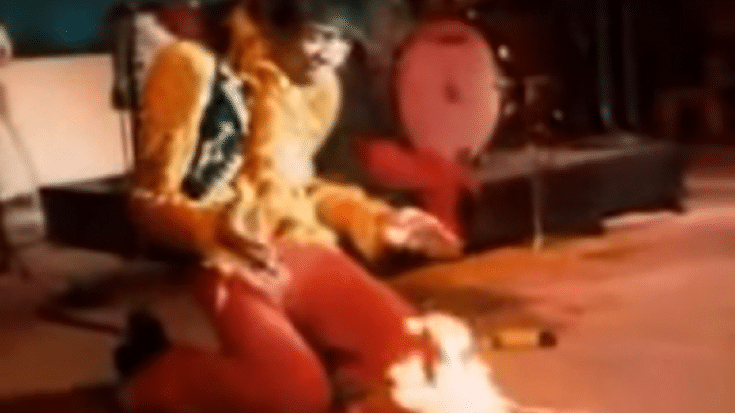 He Wasn’t A Fan Of The Stunt

We all know Jimi Hendrix’s iconic stunt at the Monterey Pop Festival where he burned his Fender Stratocaster and it ended up becoming a career-making performance. The image of him kneeling down before the burning guitar is perhaps one of the most famous rock ‘n roll photos. Steve Miller, who was part of the 1967 lineup, witnessed the whole thing and he wasn’t exactly impressed with the showmanship. In fact, he found it annoying.

He told The Washington Post, “I thought that was pathetic. When I saw Jimi Hendrix stop playing the music he was playing and get down on his knees and pull out a can of lighter fluid and squirt it on the thing and light it, I went, ‘Boy, this really f—ing sucks.”

As to the guitar burning incident, Hendrix was once quoted saying, “I felt like we were turning the whole world on to this new thing, the best, most lovely new thing. So I decided to destroy my guitar at the end of the song as a sacrifice. You sacrifice things you love. I love my guitar.”

We’re just wondering why Miller thought the whole thing was pathetic though.