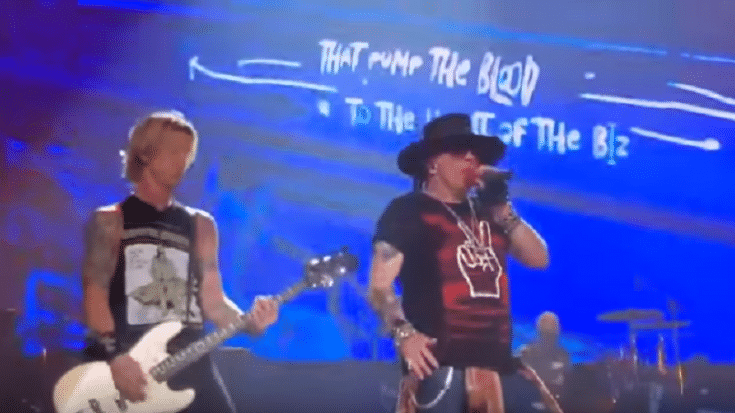 Dusting Off A Classic

Guns N’ Roses dusted off their 1991 track Locomotive as they performed the funk song at their show on Monday night at the INRUST Bank Arena in Wichita, Kansas. The last time they played it was on Feb. 20, 1992, in Tokyo. The band powered through a 22-song set which was a mix of their classic hits and some covers. And to the delight of the crowd, they brought out a rarity for the first time in over two decades.

They’re currently on the latest leg of their massive Not In This Lifetime Tour. This fall trek will run through November 2 and will wrap up with two shows at the The Colosseum at Caesars Palace in Las Vegas. Aside from their concerts, they also performed in several festivals. Since the outing began in 2016, Guns N’ Roses has played over a hundred shows and after generating more than $500 million, it’s now considered as one of the highest grossing tours of all time.

And about the rumors that they’re working on new material, Slash said: “There is material that Axl been working on for a while. It could be enough for a record if we put it all together … The whole thing of Guns N’ Roses getting in the studio and getting this record done – with myself and with Duff and all that – it’s really just getting started. So it’s really hard to say.”

Check out the fan-shot footage below…