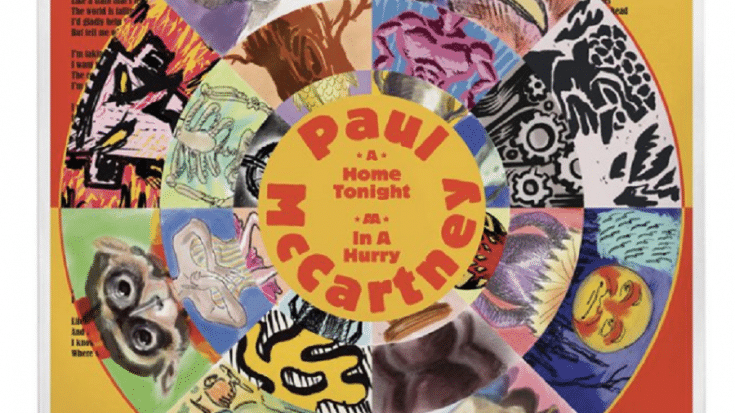 Paul McCartney announced on Tuesday, October 8, the release of previously unreleased tracks – “Home Tonight” and “In A Hurry”. Both songs will be available for digital download this November 22 but they will also be released on a limited edition double A-side 7-inch picture disc single for Record Store Day on November 29. The exclusive vinyl will feature a new artwork based on the parlour game “Exquisite Corpse.”

Both Home Tonight and In A Hurry were recorded during the sessions for McCartney’s 2018 album Egypt Station which debuted at the top of the US Billboard 200. It was also his first #1 album in the US after his 1982 solo studio LP Tug of War. In an interview, McCartney described Egypt Station as “More like a concept, to set your brain to.”

He added, “Any kind of song doesn’t need to be a hit, something you just feel that may or may not be commercial. So I selected the songs I liked best from what I had and we worked on them with this rogue idea at the back of my mind that it was gonna be an entity. There was gonna be one-ness to it.”