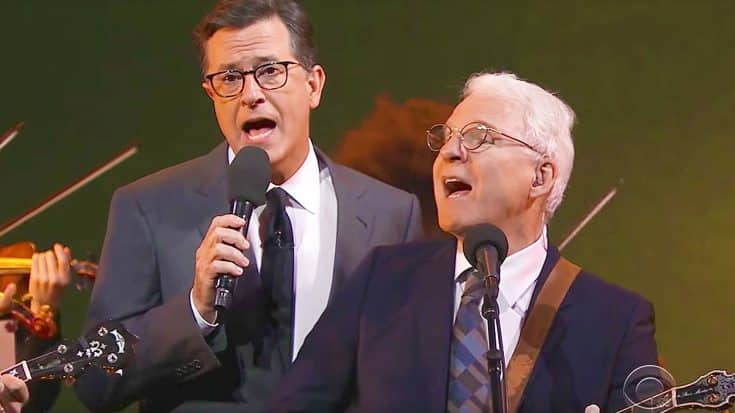 Comedy isn’t his only talent….

It’s no mystery that Steve Martin is one of the most talented people in the world. He’s one of those takents that can just do it all. Sing, dance, act, have comedic value and have incredible skill on the guitar.

Steve has been working on a brand new bluegrass album and recently made an appearance on “The Late Show With Stephen Colbert,” where he debuted “Caroline,” one of the brand new songs off the album! This new song sounds incredibly quirky, the lyrics are super cheeky as Steve rambles about a girl named Caroline throughout the song, and how she broke his heart. It’s a folky, bluegrass tune, and Steve absolutley shreds on the banjo! His picking skills are brilliant, and you’re guaranteed to tap your foot to the beat of this tune! Even Stephen Colbert crashes his set, and joins in on the fun!

Check out the amazing song down below, and let us know what you think!