Last Night, The Eiffel Tower Went Completely Dark In Honor Of The Victims Of The Las Vegas Shooting 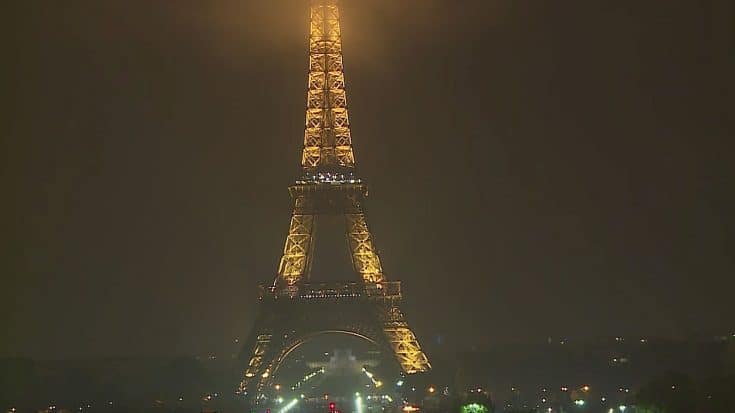 We are just hours removed from the horrific Las Vegas Massacre. The shooting took the lives of 59 people and left approximately 527 people wounded. Since this tragic event took place, literally thousands upon thousands of people, groups, networks, and more have put their absolute best foot forward in effort to help those affected by this senseless tragedy. Whether it’d be donations, tributes, or whatever, people from all over the world have made their voices heard.

One of the most notable tributes to the victims took place last night in Paris when the iconic Eiffel Tower went completely dark in honor of all of those affected. The Eiffel Tower has gone dark in memoriam before, but it just goes to show how much this horrendous tragedy has affected the entire world. Each day, people are coming together to give to and honor those affected. Paris did their part.

Watch the tower go dark in the video below.