SRV Shows Off His Version of “Superstition”- Feel The Energy, They Jam OUT! 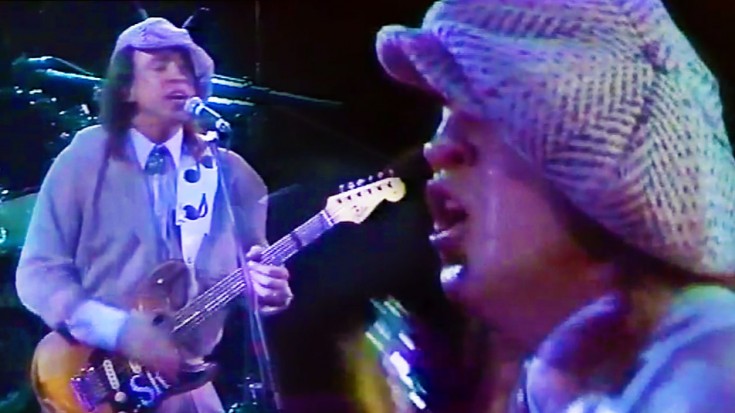 Originally a Stevie Wonder classic, “Superstition” gives us everything we want in a song: good lyrics, good guitar playing and, of course, SRV does it more than justice. Performing “Superstition” in Italy on his “Live In Pistoia” DVD, Stevie shows the crowd what really makes him superstitious and it’s a sight to see!

“Very superstitious, ladders bout’ to fall, thirteen month old baby, broke the lookin’ glass. Seven years of bad luck, the good things in your past. When you believe in things that you don’t understand…”

Inspired by the many things that make a person feel uneasy or superstitious, Stevie wrote this song to tell us why we shouldn’t get sucked into that paranoid lifestyle. The lyrics mention typical instances in which people can display superstition like walking under ladders and breaking mirrors- things that bring bad luck for years to come.

Interesting Fact: Several artists besides Jeff Beck have covered this. None made much of an impact until Stevie Ray Vaughan released a live version as a single in 1986 on his album Live Alive. His version is still played on Classic Rock radio, and has grown even more popular since Vaughan’s death in 1990.

As he graces the Italian stage, SRV is glowing with soulful sweat, dressed to the nines singing about how “superstition ain’t the way” and we could not love it more. Coming from the man who reinvented the worth of this song after Stevie gave it life, we would say that this is a pretty killer performance. Enjoy!