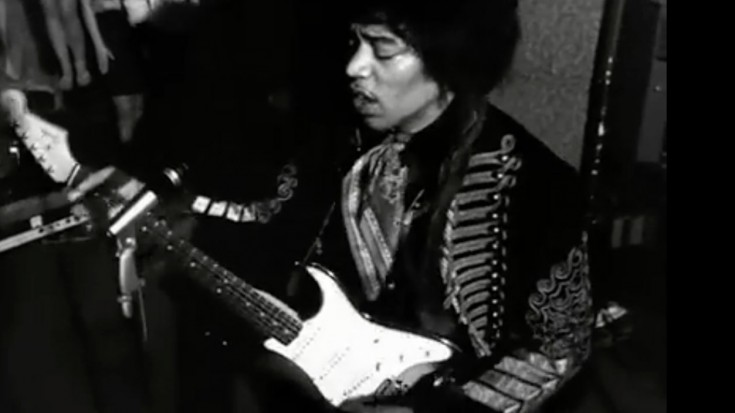 Many a Jimi Hendrix fan can attest to the fact that when it comes to our hero’s history, there unfortunately isn’t much in the way of live footage. Sure, there’s the footage from Woodstock and Monterey Pop Festival, but when it comes to the smaller yet equally career defining moments, Jimi’s performances have been all but lost to time. Until now, that is – footage recently surfaced of what’s considered the earliest known live footage of The Jimi Hendrix Experience performing a show at Chelmsford Corn Exchange in early 1967, and it’s absolutely amazing!

Just 24 years old at the time of the performance, Jimi was already creating a buzz in music circles; his UK debut single ‘Hey Joe’ alone was enough to attract some of music’s biggest players who just had to see the guitarist for themselves and ultimately left the venue that night even bigger fans than when they arrived. The Jimi Hendrix Experience performed Bob Dylan’s ‘Like A Rolling Stone’ that night in addition to their own ‘Stone Free,’ the B-side to ‘Hey Joe’ – what makes this footage even more impressive is the fact that the band was still 3 months away from a debut album, yet they still managed to be one of the most sought after acts in London!